The Common Denominator of Chiropractic Searching

If you do much online research on chiropractic care, you are bound to see an amazing amount of repetition on practitioners’ websites. We’re talking word-for-word by the hundreds, and though this might be technically defined as plagiarism, nobody seems to complain too much.

That is because much of the purloined parlance is within the industry, so to speak. Quoting information that educates the public on the advantages of chiropractic care and mainstream studies that cite its many advantages, seems to be shared material for chiropractic practices all over the country. Plus it is proven and factual.

Aside from informational pages on these websites, you’ll also see this wholesale misappropriation of wordage in blogs on sites promoting everything from nutrition to acupuncture. Bloggers should know better, since they are usually professional writers and copywriters, but, then again, why not repeat someone else’s writing if you can’t state it any better?

Look at it this way. If it was your writing showing up on websites all over the country, you might actually feel complimented because so many people in the field preferred your words over their own. 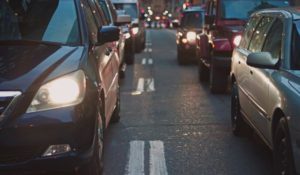 Chiropractors are not alone. This seems to be particularly pervasive in the healing arts, including medical doctors, dentists and even healthcare financial advisors. Their websites are replete with hundreds of words lifted from elsewhere, and it is almost impossible to trace their origin.

We’ve found numerous websites that are sharing writing without attribution, but we doubt anyone is going to mind all that much, because what’s good for one is apparently good for all— as long as the author doesn’t complain.

Take, for example, the following 65 words (part of several hundred but we don’t need to devote that many words to make the point):

In the United States, chiropractic is often considered a complementary health approach. According to the 2007 National Health Interview Survey (NHIS), which included a comprehensive survey of the use of complementary health approaches by Americans, about 8 percent of adults (more than 18 million) and nearly 3 percent of children (more than 2 million) had received chiropractic or osteopathic manipulation in the past 12 months…

Even though this survey is pretty much outdated more than a decade later, we found the above passage unchanged on 54 different sites all over the country and once in the UK. Most were chiropractic sites, but it was also on sites promoting pain therapy, yoga, cancer treatment, Chinese martial arts, holistic nursing, massage therapy, a suburban newspaper and even Wikipedia (the subject was therapeutic touch).

Having a happy spouse appears to be good for your health. During a 6-year study, researchers asked nearly 2,000 couples about their happiness, health, and exercise levels. They found that people with happy spouses were much more likely to report better health during the study period. According to the findings, happy spouses were more likely to provide strong social support and were more likely to get their partners involved in healthy habits such as exercising, eating healthy, and getting adequate sleep. Principal investigator Dr. William Chopik adds, “This finding significantly broadens assumptions about the relationship between happiness and health, suggesting a unique social link.” Health Psychology, September 2016

END_OF_DOCUMENT_TOKEN_TO_BE_REPLACED

A new study of over 5,000 participants has revealed an association between greater nut intake and reduced levels of inflammation. Investigators found that those who consumed 5 or more servings of nuts per week had lower levels of biomarkers related to inflammation than those who seldom or never ate nuts. In addition, individuals who substituted 3 servings of red meat, processed meat, eggs, or refined grains per week with nuts had significantly lower levels of inflammatory biomarkers. Study author Dr. Ying Bao writes, “Population studies have consistently supported a protective role of nuts against cardiometabolic disorders such as cardiovascular disease and type 2 diabetes, and we know that inflammation is a key process in the development of these diseases… Our new work suggests that nuts may exert their beneficial effects in part by reducing systemic inflammation.” American Journal of Clinical Nutrition, July 2016

END_OF_DOCUMENT_TOKEN_TO_BE_REPLACED

Fibromyalgia (FM) is a very common condition affecting approximately ten million Americans (2-4% of the population)—with a ratio of about four women to each man with the disease. Part of the diagnosis and treatment challenge is that many of the complaints associated with FM occur in ALL of us at some point, such as fatigue, generalized whole body aches/pains, non-restorative sleep, depression, anxiety, etc. So what is the difference between the FM sufferer and those without it? Let’s take a look!

END_OF_DOCUMENT_TOKEN_TO_BE_REPLACED

Chiropractic: More Chiropractors, Less Opioids.
Based on data collected in 2011, a new study has found an association between both a higher per-capita supply of chiropractors and Medicare spending on chiropractic care and lower opioid prescription use among younger, disabled Medicare beneficiaries. Opioids are a type of narcotic pain medication that can have serious side effects and can lead to abuse and dependence. The finding suggests that chiropractic care may help reduce the need for this potentially dangerous class of medication.
Journal of Manipulative Physiological Therapeutics, March 2016

END_OF_DOCUMENT_TOKEN_TO_BE_REPLACED

Chiropractic: The UK Is Onboard with Chiropractic.
Researchers from the United Kingdom (UK) have concluded that chiropractic services are appropriate for private and government healthcare-referred patient groups and that chiropractic services should be considered when medical physicians make decisions concerning the referral of patients with musculoskeletal conditions. The conclusion was based on subjective outcomes concerning 8,222 patients, which revealed improvement in low back and neck pain during the course of chiropractic care.
Journal of Manipulative and Physiological Therapeutics, January 2016

END_OF_DOCUMENT_TOKEN_TO_BE_REPLACED

Letter from the Editor

Doctors of Chiropractic have been working with children since the early days of chiropractic over 100 years ago. Their reliable services have offered parents a safe option for natural health care. The founder of chiropractic, D.D. Palmer, D.C had this to say in 1910, “The principles of Chiropractic should be known and utilized in the growth of the infant and continue as a safeguard throughout life”. Truly, the importance of chiropractic care for the family was recognized and practiced since the onset of the profession.

END_OF_DOCUMENT_TOKEN_TO_BE_REPLACED

Chiropractic: Smokers at Greater Risk for Sciatica.
A comprehensive literature search has identified smoking as a risk factor for sciatica, a condition often described as numbness or tingling in the leg that stems from dysfunction in the lower back. More specifically, investigators found current smokers are 1.46 times more likely to experience lumbar radicular pain or have clinically verified sciatica than those with no history of smoking. Though the risk is lower among former smokers, they are still 15% more likely to develop the condition than nonsmokers.
The American Journal of Medicine, September 2015